A lot of plot lines were tackled on the season two finale of Game of Thrones,with Theon's reign at Winterfell coming to a quick end,the Lannisters gloating over their victory at Blackwater,Brienne giving Jaime a reason to shut up and Jon Snow's recruitment into the Wildings circle. However,I'm just going to focus on my three favorite characters for this wrap-up,starting with Dany.

As expected,she entered the House of the Undying and having read A Clash of Kings,I was prepared for some pretty wild stuff to go on there. The writers wisely chose a more personal tone to that sequence by having Dany transported to what appeared to be the Iron Throne room in shambles and then wandering out to a tent where her beloved Drogo and their intended child were waiting for her.

Tempted as she was to stay,Our Lady Stormborn went back to find her dragons. Those critters were set up as bait to trap all of them with the warlock in charge who wanted to feed off of their combined magical power to fuel his own.

Once again,Dany's survival skills were underestimated and she used that mystical connection with her dragon children to gain freedom for them all. It may be awhile before Dany arrives at Westeros but when that does happen,woe betide any fool in her path: 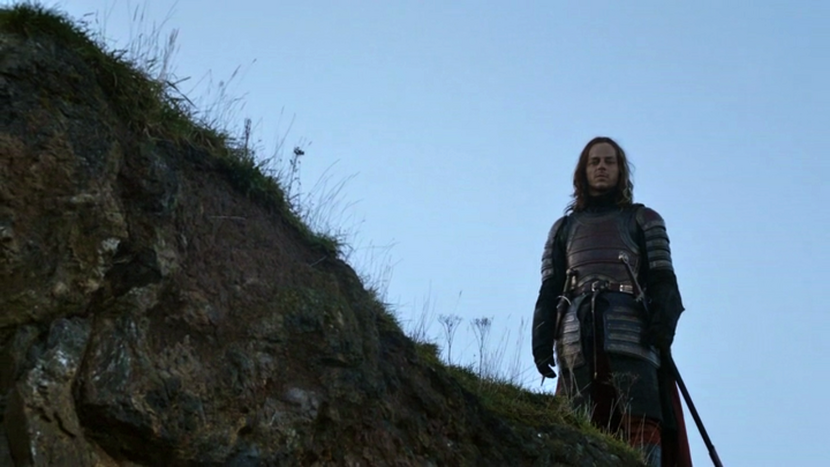 Next,we have Arya who is now back on the road with Gendry and Hot Pie. Jaquen is waiting for her and they complete what dealings are left between them.

Jaquen offers to take her with him to Braavos to learn the deadly arts of the Faceless Men(whose reason for that name becomes very clear by the end of their talk) but she still wants to find what remains of her family.

At that,he then gives her a special coin,along with the phrase "Valar Morghulis"(which means "all men must die")for the young Stark girl to use if and when she needs to seek him out again. Those two parting gifts will prove to be most valuable in Arya's future,wait and see: 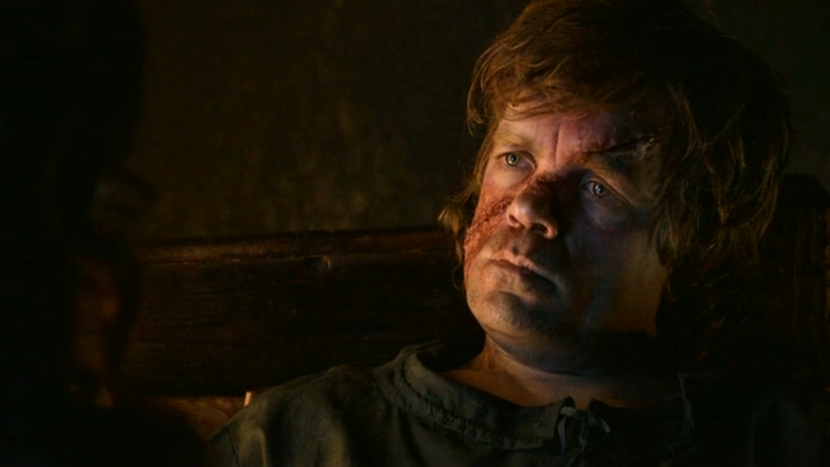 And now,we come to Tyrion,whose fortunes have fallen as his family has once again tossed him aside. I so hate how he gets treated,especially having to wake up from a serious injury with a creep like Maester Pycelle leering over him.

With his powers as Hand of the King reverting back to his father,sister Cersei looking to finish him off after that near attempt during the Battle of Blackwater only succeeding in leaving a nasty scar on his face(it was worse in the books,trust me on this)and none of his previous supporters in sight,Tyrion had every reason to go along with Shae's notion of getting the hell out of King's Landing for good.

Yet,he is a true Lannister in that he won't give up without some sort of fight. That scene between him and Shae was touching and while I won't reveal any spoilers regarding their future,let's just say that the sad sweetness of this moment will rebound more than anyone can know at this time:

All in all,season two of GOT was a rousing success but I can't sign off without a mention of that last shot with poor Sam huddling in the snow as the White Walkers began their march upon the Wall. Those frosty undead looked mighty menacing there,particularly the lead rider and hopefully in the third season,we'll be treated to a full display of what they can do:

On The Next Food Network Star,teams were back to competing against each other as the theme for this week's challenge was Fashion Week.

Everyone was assigned a standard classic dish(tuna casserole,fish sticks,etc)and had to turn it into a stylish new creation. The chefs not only had to make their food look high tone,they also had to give a little intro as their plates went down the runway.

Totally have to give props to Justin,who justifiably won the challenge. His beef stroganoff was presented in such a suitable for the occasion manner that made his verbal presentation stand out even more so and earned him a nice ten grand prize.

Verbal was key this time,as both of the fella in the Bottom Two,Ippy and Eric,didn't have to cook in the Producer's Challenge. Instead,they had to make a 30 second spot for an already prepared plate. Alas,Eric did not hold up well after the second try which sent him home. I do like Ippy but Eric seemed a bit more on point with his piece. Then again,Eric's "made by hand" concept involves a lot of time management,which has tripped him up quite a lot here.

Next week,Guy Fieri has the team do some on camera teamwork with him for what looks like a football party demo. Even if some of the contenders are not sports fans,they need to gear up big time for this one: 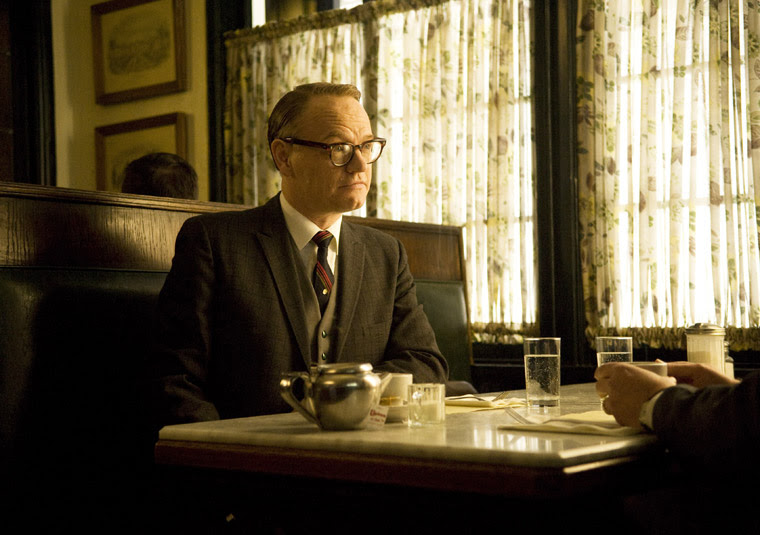 It was only a matter of time on Mad Men that Lane's embezzlement would be discovered but his solution to the situation was far too drastic.

After being called out in private by Don,who gave him the weekend to make a graceful exit from the firm,Lane chose to end his life at the office literally. His first attempt was to die in the new car his wife gave him as a surprise gift but the vehicle had trouble starting. Such an iconic Charlie Brown moment for him.

Joan wound up finding the body,which was heart breaking to see,as her usual stoic self gave way to tears. Don had a few flashbacks to the last time he dealt with a hanged man but in this case,this wasn't his fault at all. Poor Lane,it was bad enough that you had to go but at least when Peggy left last week,we had hopes that her departure from the series wouldn't be permanent. The season finale is next Sunday but I don't know how the emotional weight of this show can get any heavier:

HELL'S KITCHEN: Amongst the ladies on the Red Team this season,I recognized a former Chopped Champion in their ranks. Roshni did well in that high pressure setting but she needs to be even more steady under Gordon Ramsey's watchful eye(not to mention up on her game with the scallops there!):