Not ready to roll with Rock of Ages 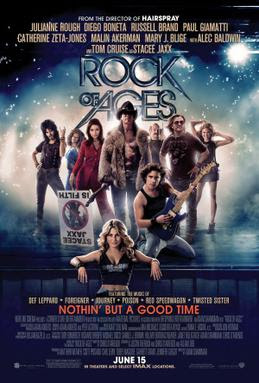 The big movie release this upcoming weekend is Rock of Ages,an adaptation of a successful Broadway show that uses a variety pack of songs from the eighties to thread together a story about the music scene of that time period.

Now,I know the stage musical has a strong enough following that caught the attention of Hollywood and earned it a greenlight,yet I have serious doubts regarding how well this is going to do at the multiplex. Part of my problem with it is too many celebrity faces in the cast,by that I mean an actor or actress who is more well known as themselves than any character that they've played over the years.

That distinction is crucial because it can break the suspension of disbelief that an audience needs to truly engage in whatever story is unfolding before them. Let's be real,folks;are you going to see Stacee Jaxx singing "Pour Some Sugar on Me" or Tom Cruise pretending to be a rock star?:

Another problem is the music,which has been plucked from various artists like Guns N' Roses,Bon Jovi,REO Speedwagon and Journey. Each song comes from people who were contemporaries in that field around that time,it is true,but that doesn't mean that the music from each of them will blend well automatically. For most musicals to work,it helps to have one vision and one voice that unites both the story and the songs in plot point harmony: 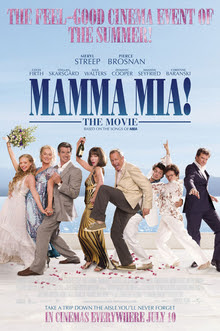 A good example of what I'm talking about is Mamma Mia!,which came out in 2008 and did great at the box office despite having to compete with The Dark Knight that summer. First off,all of the music came from ABBA and since that group tended to connect love and pathos(not to mention party time spirit)in their whole range of songs,the unity was there right from the start.

It was also a boon to the production that the entire plot was in your standard love story/comedy of errors genre and that most of the cast was made up of newbies and character actor types. Yes,Pierce Brosnan and Colin Firth are typical leading men but the biggest star power in this film belonged to Meryl Streep,who is able to go beyond the surface and then some.

The level of nostalgic love for this music is just as high as it is for the songs selected for Rock of Ages,however Mamma Mia feels like a fully composed five course banquet while ROA comes across more like a self serve buffet whipped up at the last minute: 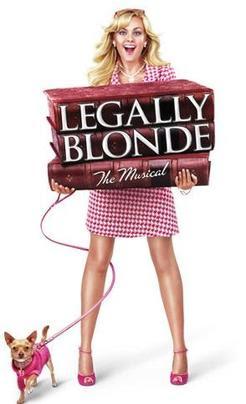 To be fair,I haven't seen Rock of Ages in any format so my instant dislike of the film may be way too harsh. However,it's hard to ignore that tingling from my storyteller sense that is screaming out loud,"Danger Will Robinson!" big time whenever I see a ad for this one. The ultimate decision will be up to the fans and the ticket buyers this weekend,not to mention the critics who will have their say.

In a way,I sort of wish that director Adam Shankman had chosen something more like his last big music based film,Hairspray,a movie turned into a musical and then back into a movie. Granted,that twisty turn subgenre does annoy me at times but it can work. Imagine Legally Blonde;The Musical hitting the theaters instead this year. That sounds so much better,even to a jaded pop culture gal like me: