Nora Ephron and her best gal pals,Meryl and Meg 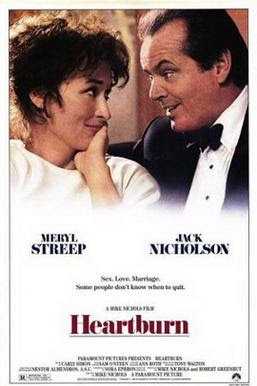 It was a sad day for writers earlier this week,as Nora Ephron passed away at age 71. Nora was one of those women in the entertainment industry who others wanted to emulate without envy. Her humorous essays and stage plays gave her a pretty solid stronghold as it is in literary circles but her forays into film are what helped to make her a household name.

In saluting her life and times,I thought it would be good to focus on two of the actresses that she wrote wonderfully witty dialogue for and directed in more than one film. Nora's golden girls were Meryl Streep and Meg Ryan,a couple of ladies who just about anyone in Hollywood would clamor to work with and rightly so,in part thanks to Nora.

Nora worked with Meryl first,as screenwriter for the 1983 drama Silkwood but their next project together was very personal in more ways than one. Meryl starred with Jack Nicholson in the 1986 marital satire Heartburn,which was based on Nora's novel about her bad romance with Carl Bernstein.

The movie was directed by Mike Nichols but Nora adapted the screenplay and despite the mixed reviews,was fond of recommending Meryl as the perfect person to portray you on screen: 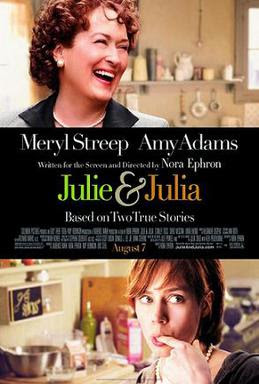 It took a while for these ladies to team up again,but fortunately it was for what is now Nora's last film(as writer and director),Julie and Julia. Meryl played legendary celebrity chef Julia Child,in a stunning performance that many folks felt was Oscar worthy that year.

Nora once again adapted the screenplay,not only from Julie Powell's foodie memoir but from Child's autobiography My Life in France,which broadened the story telling portion of the movie quite substantially. She also used this opportunity to pay tribute to one of the great joys of her life,food in all of it's culinary glory: 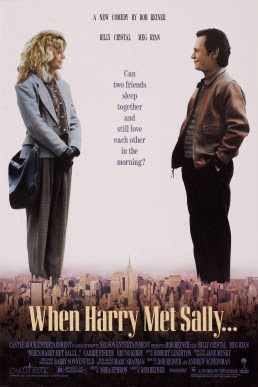 Nora's connection to Meg Ryan began with an original screenplay for the 1989 romcom When Harry Met Sally,which was inspired by conversations with the film's director Rob Reiner.

While most folks instantly think of that classic deli scene(and the ab lib provided by Reiner's mom at the next table)whenever this movie is mentioned,the true strengths of the story lie in the conversations between Ryan's tightly wound Sally and Billy Crystal's supposedly footloose and fancy free Harry.

Their relationship lives and nearly dies yet is born again via the spoken word,with Meg showing her verbal chops which was a big help in breaking out of the ditzy blonde mold that she might have been easily thrust into at that point in her career: 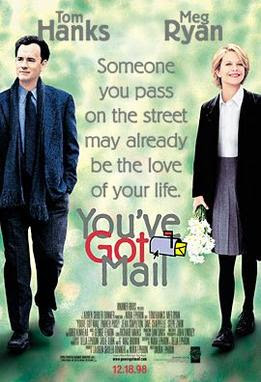 Meg further cemented her witty woman ties to Nora in 1993's Sleepless in Seattle,which brought them both in touch with Tom Hanks,who partnered with Meg in the ill fated flick Joe Vs. the Volcano a couple of years later.

The three of them happily reunited in You've Got Mail,which was a modernized version of a classic Ernest Lubitsch comedy,The Shop Around the Corner. Nora co-wrote the screenplay with her sister Delia(who also worked on previous projects with Nora such as Michael and Mixed Nuts and later a stage adaptation of Love,Loss and What I Wore)and directed this lovely tribute to New York and it's literary legacy.

In addition to the film's 1940s style of rapid dialogue exchange,elements from Jane Austen's Pride and Prejudice were blended into the love-hate relationship developing between Meg's indie book chop owner Kathleen Kelly and her business rival but e-mail Romeo,Hanks' Joe Fox. That extra bit of flair is what makes this movie such a gem to watch more than once: Many people upon hearing this sad news feels as if they have lost a dear friend,having gotten to know Nora Ephron through her books,films and blog postings over the years.

While her departure is something that all who knew her either personally or professionally(as well as from her art),wish had been delayed for just a bit longer,it is good to remember that her words of wit and wisdom are destined to live on beyond all of our lifetimes and should inspire generations to come.

It also says a lot about Nora Ephron's character that she always worked so well with other women and had a wonderful reputation as a friend to all. Through her friends like Meryl and Meg,Nora's legacy promises to plant the seeds of such artistic harmony that hopefully others will happily harvest: