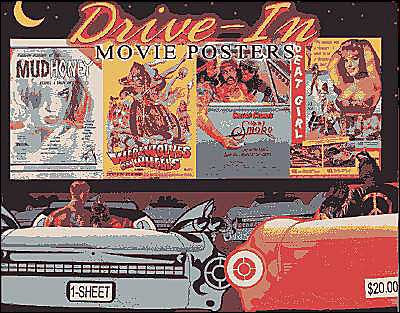 Next month is August,which brings not only those pesky back-to-school sale ads and
more dreary days of heat,but also starts up a small tradition here at LRG called Bad Movie Month. Each Friday in August,we will be showcasing those cinematic stinkers that often crop up either at a theater near you at this time of the year or go straight to DVD,cable or Netflix,whichever comes first. 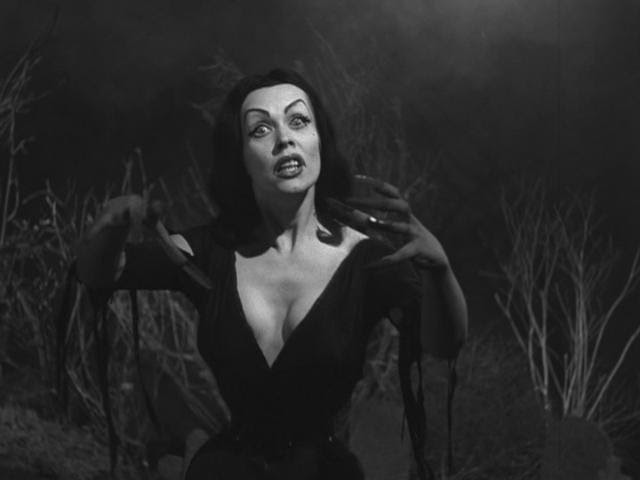 B movies have had their champions over time,most of whom hosted late night viewings on syndicated TV shows that focused on the horror/sci fi genres. In honor of those enterprising men and women,Bad Movie Month would like to whet your awful movie appetite by saluting the best hosts that bring you the worst.

First up is Vampira,best known for her silent scary performance in the infamous Ed Wood classic clunker,Plan Nine From Outer Space. Her true name was Maila Nurmi and she gained some local fame from her show that garnered some coverage in Time magazine and a few variety show guest spots. Her work with Ed Wood came after the cancellation of her TV show but that bit part has given her true immortality:

Following in Vampira's slow moving footsteps was Elvira,Mistress of the Dark. Maila tried to sue the comedienne Cassandra Peterson(who plays Elvira)for copyright infringement but didn't wash with the courts.

Peterson's Elvira had her own special nuances that made her stand out from Vampira(and not just her prominent bustline either). Her raunchy puns and wisecracking persona won her plenty of fans,plus a Coors Halloween promo campaign and a couple of movies that made her the lead(the first of which got a decent run in theaters): 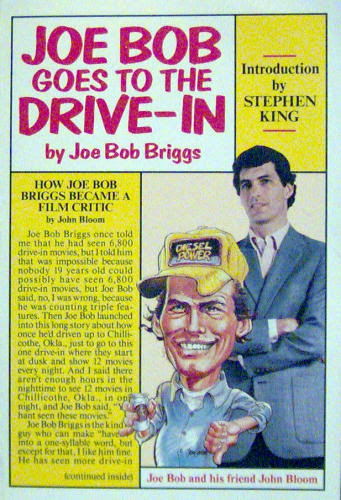 One of my favorite drive in hosts is Joe Bob Briggs,the all American alter ego of John Bloom,who started out as a syndicated movie review column in Texas and later became the master of ceremonies for several cable TV horror movie programs. He's written several books(a couple of which,like the first collection of Joe Bob columns, is sadly out of print)and is still in demand for his wide knowledge of offbeat cinema laced with wit and good humor.

I first saw him on The Movie Channel back in the 1990s,with Joe Bob Briggs' Drive In Theater. It was a real family favorite in my house:

Joe Bob went from there to TNT's Monstervision,a series that is sorely missed. One of the best things about a Joe Bob review is the breakdown of sexy,gory and goofy bits of business that most folks fast forward to see without any unnecessary time wasted on the plot:

While I never got the chance to watch Al "Grampa" Lewis host Super Scary Saturdays,he was one of my favorite characters on The Munsters. He had plenty of work well after that series was canceled,including guest spots on Howard Stern's radio show in the late eighties.

His best loved performances were always in the Grampa Munster persona and having him on a show like this must have seemed like a match made in bad movie heaven:

The recent reigning champions of this field are the gang at Mystery Science Theater 3000,who expanded the whole world of movie mockery into a little pop culture empire of their own. Some fans debate over which host was better,Joel or Mike,but I like them pretty much the same.

Altho I must confess a slight preference for the Mike years,with Pearl and her merry band of henchmen plaguing the Satellite of Love crew with comically cruel disinterest and really wretched films:

Thank you for attending our retrospective on campy movie hosts and please tune into this year's installment of Bad Movie Month,where LRG takes a gander at the Tommy Wiseau phenomenon known as The Room. With any luck,Bad Movie Month can inspire you to make some interesting choices for your next Movie Night with friends on hand for some serious mockery: