My sister Stephanie has more of an eclectic taste in music than I do;she even started up a blog called Slapdash Jukebox Deluxe recently to showcase her offbeat favorites. Many times we don't enjoy the same tunes but every now and then,she introduces me to something that even makes my predictable pop music loving toes tap.

One of those surprise songs was a cover version of Lady Gaga's "Poker Face",sung by former American Idol contender Chris Daughtry. This rendition was performed for a German radio station and not meant to be officially released,as far as I know,but it certainly displays the talent of both artists very well here. Daughtry gives the song a sturdy and soulful edge that elevates it beyond the flashy pop tune that it seems to be at first:

That got me to thinking about cover songs that are just as pleasurable to listen to as the originals,even if they take the music and lyrics to a different place than it was intended to go.

Another good example of this was also shown to me by Steph;Utada Hikaru's take on Green Day's "Boulevard of Broken Dreams" brings a beautifully sad energy to the song,making it ring with poignancy and a more subtle power:

Alanis Morrisette's emo version of the Black Eye Peas'"My Humps" is clearly intended as satire,but her vocal range and the clever spoofing of the video is seriously smart and styling. You can't help but tip your hat to her for this well executed mockery: 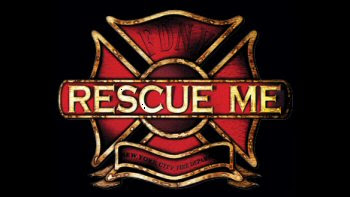 On a recent episode of Rescue Me,a cover version of the infamous Sinatra song,"New York,New York" was used for a key montage moment towards the end. Cat Power,aka Chan Marshall,was the singer and her smoky jazz take on what many consider to be an all time classic really added some extra mellow dramatic flavor to that scene:

Meryl Streep's singing of "The Winner Takes It All" for the movie version of Mamma Mia! may not appear to be much different from the original ABBA rendition,but if you give it a good listen,you might catch the real acting job that she does with it.

She makes the song sound like an inner monologue,full of true regret about lost love from her past and the bitter acceptance of how her matters of the heart turned out. It may not be Shakespeare,yet Streep gives the lyrics just as much emotional reticence as any of those renowned speeches:

While many song remakes are a bad idea( Constantine Maroulis singing "Bohemian Rhapsody" comes instantly to mind,even with his big Broadway success),others are not as awful as one might think. A fresh voice can add something new to the mix or highlight certain emotional facets to the song that were overlooked the first time out. Better still,if done right,a cover version can just be fun:

I really like the header on your sister's blog (Lisa Frank was my favorite as a kid!). My husband is a huge Daughtry fan but I don't think I've heard this one, thanks! Oh I really, really love the Green Day cover too. She has an amazing voice. The My Humps is a little odd but a nice satire regardless. I like Cat's voice but I'm not very crazy about her cover of that song. Still haven't seen Mamma Mia though.... Ooh! Ella Enchanted has some good songs. I love the Somebody to Love one.

Thanks for the compliment on my sister's blog header-she still likes Lisa Frank stuff:)

I haven't seen Ella Enchanted,due to the many changes from the book,but after watching the musical clips,that might have to change.