Jennifer's Body:a new twist in terror or just another bridesmaid of Frankenstein? 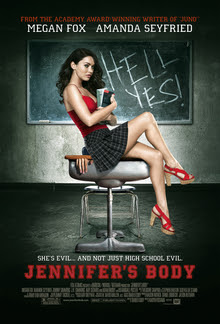 Part of the big promo for this flick is that Diablo Cody,of Juno fame,wrote the screenplay and the director is a woman named Karyn Kusama(her last movie was the live action version of Aeon Flux),which is supposed to be a big leap into horror movies made with a feminine point of view.

As a long time fan of the genre,I'm so far not impressed and while plenty of guys and gals will be flocking to this movie come the fall(mainly due to Megan Fox's fanbase),it's not breaking any new ground there:

For example,the whole concept of "Teen Girl Gets Sexy Evil,With Body Count" has been done before in less prominent fear films. Teeth,made in 2007,was an indie flick that did well on the film festival circuit and debuted on DVD in '08.

The premise of that story was that a teenage abstinence spokesgirl(played by Jess Weixler)had more than one reason not to get sexually active,due to the deadly physical condition she was born with but remained undetected until now. It's a freaky little film in more ways than one: 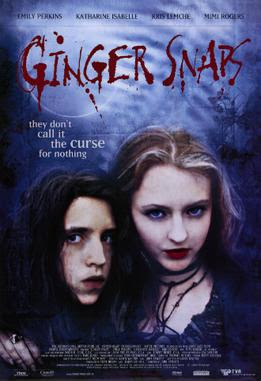 Earlier than that,the Canadian cult film Ginger Snaps made plenty of points and metaphors about the budding sexuality of young women and monsters being unleashed. It even spawned a couple of sequels and there was talk of a TV series being made based on the films,but that didn't pan out.

The plot has quite a few links to Jennifer's Body,as a pair of sisters become divided from one another after the elder has a close encounter of the lycanthorpic kind and goes on a woman who kill with the wolves spree. This winds up leading to a major showdown,of course,which forces the still human heroine to make hard choices in order to stop her former loved one's reign of terror: 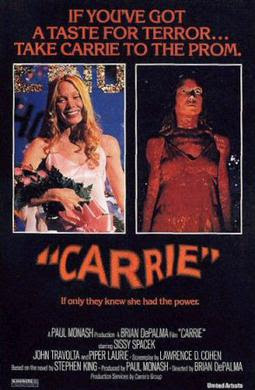 The great grandmother of all current wicked high school girl stories is Carrie,Stephen King's original Prom Queen of Hell. While she didn't turn into a full fledged bimbolina upon the discovery of her telekinetic powers,Carrie White did have her makeover moment of glory before that bucket of pig's blood rained on her parade.

Carrie not only paved the way for a new wave of teen horror,but also was one of the few honest portrayals of how vicious young women can be towards each other in a mainstream film. If you think about it,Carrie could be seen as the template for the likes of Heathers, Mean Girls and other teen gal rivalry ilk: 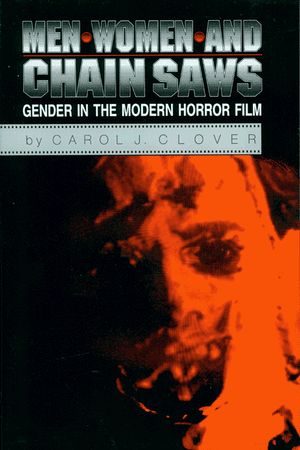 As Carol J. Clover once noted in her book Men,Women and Chainsaws,many of the groundbreaking themes found in mainstream movies such as Thelma and Louise and The Accused were first fleshed out in smaller genre flicks like Ms. 45 and I Spit on Your Grave. The same thing appears to be happening here. Funny how history keeps repeating itself;then again,this is Hollywood we're talking about.

Some will say "But,Lady T,this is all about women now! Women are taking charge of the horror genre,that's fresh and new!" Well,tell that to Mary Harron,Kathryn Bigelow and Mary Lambert,not to mention ladies like Charlaine Harris and Tanya Huff who have seen their vampire novels become successful TV series. Sisters have been doing it for themselves in the scare department for quite some time now,folks.

While I don't wish Jennifer's Body any ill will,I would prefer that the PR push for the film didn't act like Diablo Cody and company are reinventing the wheel. In fact,Jennifer and her literal man eating moves aren't anything that Buffy and the Scoobies couldn't handle in forty minutes or less. Girl power horror seekers might be better off watching a few BTVS reruns instead:

I think she's SO pretty! However, I believe I have to agree with you that it doesn't seem to break new ground. Still, it should be a fun teen movie even if it doesn't look scary at all. Now, Teeth on the other hand looks really messed up. Ew! I remember hearing about Ginger Snaps but I've never seen it. I may have seen one of the sequels though. Carrie still reigns supereme! Great video find by the way.

Hollywood does cannibalize itself all the time, sometimes with disatrous results but every once in a blue moon we get something good. While I don't think Jennifer's Body is going to be it, I do believe that it may inspire someone else on down the line.

I sure do wish they could bring back Buffy... well more accurately, Spike...