Making the rounds in theaters and online,Tim Burton's first teaser for his reimagined version of Alice In Wonderland sure looks like a real dizzying doozy. Early word on the plot is that Alice is now a grown up young lady( Mia Wasikowska) who returns to Wonderland after fleeing a garden party where she is about to receive an unwanted marriage proposal.

She winds up in Wonderland,which is in the midst of a battle for control between the Red Queen(Helena Bonham Carter)and the White Queen(Anne Hathaway)with the Mad Hatter(Johnny Depp)as the man in the middle. Alice is seen as the potential savior of this dire situation and must remember the details of her first trip as a child in order to save the day: 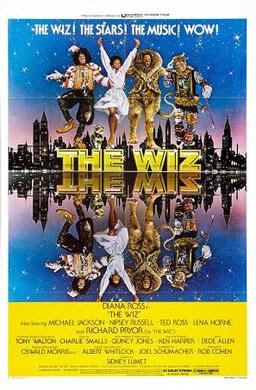 The movie is not due out until March of 2010,giving fervent fantasy fans plenty of time to crave the cinematic eye candy feast(in 3D,no less)for future consumption. In the mean time,I thought it would help to make the wait easier by focusing on some other reworked fairy tale/fantasy classics from childhood that had more of a mind on the adults rather than the kids in the audience.

A great example of that is The Wiz,which did well on Broadway but the 1978 film adaptation didn't translate well into box office gold or critical praise. It's become more of a cult favorite with fans instead,for good reason.

Turning New York City into an urbanized version of Oz was visually interesting and the music is excellent,but making Dorothy a 20 something schoolteacher veneered pretty far off the mark for the character(not to mention that Ross was rather long in the tooth to play an ingenue type there): 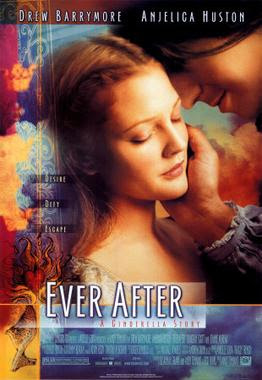 Another tact taken on fairy tale remakes is to add a realistic tone and setting for the plot,along with more of a mature focus on the romantic angle of the story.

That worked rather well for the Drew Barrymore star vehicle,Ever After,meant to be the "true story" of Cinderella. While Drew's character was called Danielle,she still had the basic Cindy set up of wicked stepmother(Anjelica Huston)and stepsisters,plus the having to work as a servant bit and a Prince Henry,who is charming enough to fit the bill.

The main changes were that the story is set in Renaissance era of France,with Leonardo Di Vinci taking the place of Cinderella's fairy godmother. Also,Danielle had some feminist flair added to her persona,making her a stronger heroine for both the audience and the prince to root for: 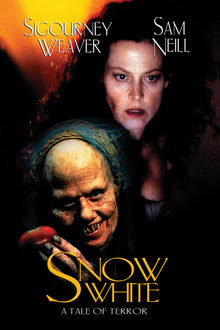 Highlighting the darker folklore versions of the more kid friendly classics is another path that many have followed,with varying degrees of success.

One such film is Snow White: A Tale of Terror,which went straight to cable and video. Sigourney Weaver did get an Emmy nom as well as Golden Globe consideration for her performance as the Wicked Queen,who blended witchcraft with psychosis,with a dash of post postpartum depression for that extra touch that means so much: 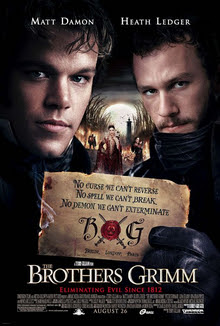 An even grander scale version of the dark side of fairy tale land,The Brothers Grimm was released as a late summer entry that did decently moneywise but garnered a number of mixed reviews from critics.

I always enjoyed it,especially due to the gorgeous visuals that director Terry Gilliam is known for. The story has the famous brothers as traveling con men who wind up being called on to fight a very real evil magical threat that targets the innocent,along with a potential love interest. While the running time could've done with a little more trimming,the richness of the tale is most inviting:

As Tim Burton makes a place for himself on the mantelpiece of Lewis Carroll's continuing legacy,let us rejoice in the splendor of imagination that such tales still hold for us. After all,this is a recession and making something new arise from old material is the fashion of the day,plus it can bring some much needed revival to our spirits in times like this:

I seriously, seriously can't wait to see this. I have yen for anything Wonderland but the film adaptations are my favorites.

When I was a kid I think one of our teachers made us watch The Wiz but I don't remember seeing the whole thing. I may have to remedy that. I remember when Ever After came out but I never saw it either. It looks really good though! Matter of fact, the only one of these I've seen was Brothers Grimm! I remember wanting to see it really badly when I first heard of it but was a bit disappointed with the actual film.