Recently released on DVD,a new set of Mystery Science Theater 3000 hosted films includes one that I have been longing to see again called The Girl In Lover's Lane. What's so special about this particular MST3k offering you might ask? Is it as horribly humorous as Overdrawn at the Memory Bank,Santa Claus Conquers the Martians,etc,or just plain horrible,like Manos:The Hands of Fate?

Actually,The Girl in Lover's Lane is just your standard awful in a good way MiSTie feature,but it's memorable to me because it was the first MST3K episode that I ever saw. The one that got me hooked and made me a fan for life. You never forget your first time,as they say(wink,wink,nudge-saying no more!).

One of the best bits from TGILL was the made up theme song sung by Joel and the bots at the start of the film,setting the stage for what was to come: 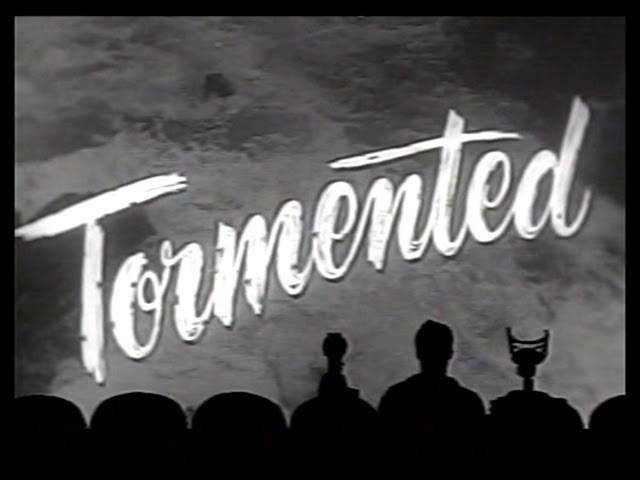 That got me to thinking about other impromptu or planned musical moments by the MST3K crew and putting a few of them together to share with folks,who are either full fledged fans already or wondering what all the fuss is about.

The Girl in Lover's Lane had such a bad ending that the Bots made up a better one to cheer themselves up with and in the case of Tormented,Joel and friends were so downhearted after the film that they had to sing to bring back their "happy thoughts":

Old school film shorts are a frequent target on MST3K and one of them was gloriously bad enough to be adapted as a mini musical by Joel and pals for an in between bumper in the Bride of the Monster episode. Almost eerie how "Hired!:The Musical" reflects some of our current day woes in the auto industry:

Most of these clips have been very Joel based but there were plenty of good bits in the Mike era,too. A personal favorite of mine is from Overdrawn at The Memory Bank,where the villianess Pearl Forester holds a PBS telethon scam and even performs a duet with one of her henchmen(known fondly as "Brain Guy")that is a perfect parody of sappy song styling:

No list of MiSTie musical numbers would be complete without the should-be-a-holiday-classic "A Patrick Swayze Christmas". Yes,this is one more Joel bit,but how can you deny the chance to hear Crow T. Robot's moving tribute to both the most wonderful time of the year and Roadhouse?

Featured appropriately enough in Santa Claus Conquers the Martians,this crazy little carol may seem to be rather violent in it's sentiments,but as Crow points out, a good action sequence never hurts any genre:

As I wait for Netflix to bring The Girl in Lover's Lane to me,let's wrap this up with a viewing of the end credits of Werewolf,where Mike and the Bots toss out random song lyrics to fill up the droning noise of the soundtrack's monotonous medley. All good things must come to an end,especially those with a load of bad attached to them as well: